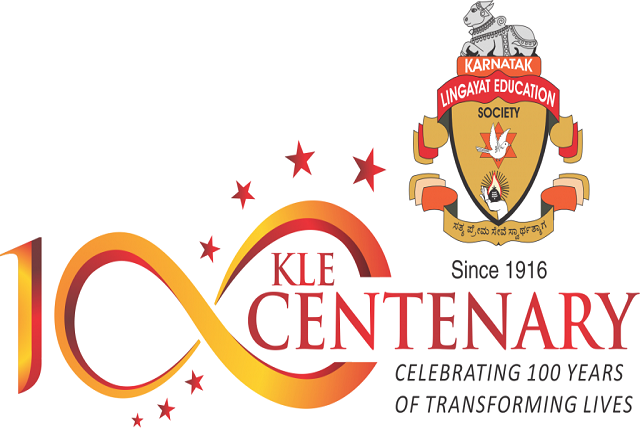 The KLE Society, which was founded in 1916, has been playing a key role in the academic and socio-economic uplift of North Karnataka region. KLE is synonymous with India's Educational Spectrum . Its success story, of the nearly ten decades portrays the dedication with which millions of the people worked selflessly in the making of the `KLE'. Its 250 institutions spread across Karnataka. Maharashtra, Goa, Delhi,etc,narrate amazing stories differently . Our alumni, spread across the world are our brand ambassadors promoting KLE Culture.

The Saptarshis"- (Seven Saintly teachers) a band of seven self-less, dedicated and inspiring young graduates had determined to establish an educational institution. They had set before them as beacon lights the ideals of Truth, Love, Service and Self-Sacrifice.

With poignant desires, fertile imagination and a mission to fulfill, the founder life-members started on the 13th day of November 1916 the Anglo Vernacular School in a rented building in the fort area of Belagavi, which heralded the beginning of the Karnatak Lingayat Education Society.

Over the years, the institutions from Kindergarten to Post-Graduation found their place in the educational map of the K.L.E. Society. At present, this educational empire is running the institutions in all the spheres of knowledge such as, Humanities, Physical Science, Medical Science, Agricultural Science. Engineering and Technology. etc. The society has entered into collaboration with as many as fourteen foreign Universities.